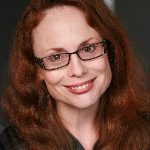 Brighde Mullins is a playwright whose work explores the possibilities of language onstage and ways to tell stories that have never been told. She has written of the demi-monde of the outsider, and has a fascination with landscape and with ecology, the dictates of biology and historical circumstance, and often writes of the Mojave Desert, and other arid landscapes.  Her work has been inflected by an admixture of the theories of Artaud (“we are not free and the sky can still fall on our heads”)   and Yeats (“everything personal soon rots, unless it is packed in ice or salt”).  She was born into a military family at Camp LeJeune, North Carolina, and was raised in Las Vegas, Nevada.  Her plays have been developed and produced in New York, Dallas, Salt Lake City, London, Los Angeles and San Francisco.  Her full-length plays include The Bourgeois Pig; Rare Bird; Those Who Can, Do; Monkey in the Middle;  Teach; Fire Eater;  Topographical Eden; and Increase.

Her first professional productions were Pathological Venus (Ensemble Studio Theatre, NY, 1989) and Increase (LaMaMa, 1990).   While living in the attic at Ellen Stewart’s LaMaMa Experimental Theatre Club, along with a Brazilian Puppet troupe, she received a life-changing NEA Fellowship in Playwriting. She moved to San Francisco for a teaching gig in 1994 (at San Francisco State University) and worked on plays at the Magic Theatre and the Bay Area Playwrights Festival.  She also continued to work with theatres in New York, including New York Stage and Film, Mabou Mines, and New York Theatre Workshop. During her years in San Francisco she received an Achievement Award from the Poetry Fund; and the Jane Chambers Award for Topographical Eden (1997).  While living in New York and San Francisco she taught and worked in grade schools in the Bronx and Harlem, as well as women’s prisons. At SFSU she taught many young playwrights, including Prince Gomolvilas, Brian Thorstenson, and Marcus Gardley.

She was commissioned by Tisch School of the Arts at NYU to write a play using the Joint-Stock method and working with British theatre director Mark Wing-Davey, who directed Monkey in the Middle. The play went on to be produced in San Francisco, where it received the Will Glickman Playwriting Award (2001).  In 2001 she received a Whiting Foundation Award.  In 2003 Fire Eater received a gold medal from the Pinter Review and was produced in London, directed by Mark Wing-Davey. From 2002–2006  she was a Briggs-Copeland Lecturer at Harvard, and also taught at Brown University.  Her play Those Who Can, Do was produced at Clubbed Thumb Theatre (2003) in New York, and produced again in 2004 at Brown University’s Summer Theatre.

Her telephone play Click was commissioned by the Actors Theatre of Louisville and appears in the Humana Festival Anthology (TCG Publishers). Her plays are published by Playscripts, Inc. and are available online and in the anthology Lucky Thirteen; her book of poems, Water Stories was published in 2003 and was nominated for a Pushcart Prize. Her awards include a United States Artists Fellowship and a Whiting Foundation Fellowship. She has held residencies at Lincoln Center, New York Stage and Film, Mabou Mines (with Lee Breuer), and the Institute for Art and Civic Dialogue (with Anna Deavere Smith).  She has been awarded writing residencies at Bard College, MacDowell, and Yaddo.  She is a Usual Suspect at New York Theatre Workshop, and has been  a Core Member of the Playwrights’ Center in Minneapolis.  She studied English and Theatre at the University of Nevada, and she holds M.F.A.s from the Yale School of Drama (Playwriting) and the Iowa Writers Workshop (Poetry). She has taught at Brown University and was the Director of Creative Writing at Harvard University (where she was also a Briggs-Copeland Lecturer in Playwriting).  She currently has a commission from the Pioneer Theatre in Salt Lake City Utah.  She is also working on a project with Beth Schachter at Muhlenberg College in Allentown, Pennsylvania. Presently she teaches at USC, where she is the Director of the Master of Professional Writing Program.  She also teaches in the Theatre Department at the University of California, Santa Barbara. She lives in Los Angeles with her dog, Violet.