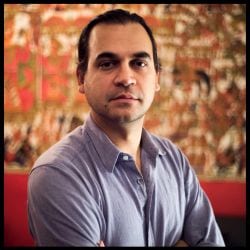 Cassim Shepard produces non-fiction media about cities. As a researcher, writer, and filmmaker, he experiments with new modes of analyzing and representing the relationship between architectural form, spatial location, and social experience in urban environments: those places where the social possibilities that arise from forced confrontation with people unlike oneself are greatest, where spatial inequalities are most explicit, where what we build most affects how we live and interact. His artistic, journalistic, and scholarly endeavors span the worlds of architecture, urban planning, public policy, documentary filmmaking, and new media journalism. Through research, teaching, and practice, he seeks to explore how the images, stories, and plans produced about cities have enabled a sense of transformative possibility among citizens about some kinds of urban change while obscuring others, resulting in the further entrenchment of particular social inequalities. His current emphasis is to illuminate the practical, philosophical, and political obstacles to delivering safe and affordable shelter to vulnerable populations.

Over the past fifteen years, his writing has covered urban topics that range from green infrastructure in New York to land tenure in a Mumbai slum. From 2008 – 2015, he served as the founding editor-in-chief of Urban Omnibus, an online publication about exemplary, urban projects in New York City, published by The Architectural League of New York. This work served as the point of departure for his first book, Citymakers: The Culture and Craft of Practical Urbanism (2017) and was recognized with an Arts and Letters Award in Architecture by the American Academy of Arts and Letters in 2018.

Trained as an urban planner, geographer, and documentary filmmaker, Shepard’s film and video work has been commissioned by and screened at the Venice Architecture Biennale, the Cooper-Hewitt Smithsonian Design Museum, the Museum of the City of New York, and the United Nations, among many other venues around the world. His writing on urbanism has appeared in Next City, Places, Domus, Public Culture, Strangers Guide and The Huffington Post. He teaches in the Urban Design program at Columbia University’s Graduate School of Architecture, Planning and Preservation and has been a guest lecturer in the Cities Programme of the London School of Economics and a Poiesis Fellow at the Institute for Public Knowledge at New York University. He has degrees in filmmaking from Harvard University, urban geography from Kings College London, and urban planning from the Massachusetts Institute of Technology.