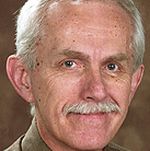 Clifford Martin Will is the James S. McDonnell Professor of Physics, and member of the McDonnell Center for the Space Sciences at Washington University in St. Louis. Born in Hamilton, Canada, in 1946, he received his pre-college and college education there, obtaining a B.Sc. in Applied Mathematics and Theoretical Physics from McMaster University in 1968. In 1971, he obtained a Ph.D. in Physics from the California Institute of Technology in Pasadena, and remained at Caltech for one year as an Instructor in Physics. He was an Enrico Fermi Postdoctoral Fellow at the University of Chicago from 1972 to 1974. In 1974 he joined the faculty of Stanford University as an Assistant Professor of Physics, and remained there until 1981. From 1975 to 1979, he was an Alfred P. Sloan Foundation Fellow, and during 1978-79 a Mellon Foundation Junior Faculty Fellow. In 1981 he joined Washington University in St. Louis as Associate Professor, in 1985 became Professor of Physics, from 1991 – 1996 and 1997 – 2002 served as Chairman, and in 2005 was named McDonnell Professor.

He has published over 160 scientific articles, including 13 major review articles, 26 popular or semi-popular articles, and two books, Theory and Experiment in Gravitational Physics (Cambridge UP, 1981; 2nd ed., 1993), and Was Einstein Right? (Basic Books, 1986; 2nd ed., 1993). The latter book won the 1987 American Institute of Physics Science Writing Award, was selected one of the 200 best books for 1986 by the New York Times Book Review, and has undergone translation into French, German, Italian, Japanese, Portuguese, Spanish, Korean, Greek, Persian, and Chinese.

In recognition of his theoretical work related to the Hulse-Taylor Binary Pulsar, he was an invited guest of the Nobel Foundation at the 1993 Nobel Prize Ceremonies honoring discoverers J. Taylor and R. Hulse. During the academic year 1996-97, he was awarded a J. William Fulbright Fellowship as well as the Guggenheim Fellowship for a sabbatical leave in Paris and Jerusalem. In 1996, he was named Distinguished Alumnus in the Sciences by McMaster University. In 2004 he received the Fellows Award of the St. Louis Academy of Sciences. In 2005, in recognition of the World Year of Physics, he carried out a four-week, 21-city National Public Lecture Tour of Canada, sponsored by the Canadian Association of Physicists.

His recent professional activities include: Editor-in-Chief of Classical and Quantum Gravity from 2009; President of the International Society on General Relativity and Gravitation, 2004 to 2007, Deputy President from 2007-2010, and member of the Governing Committee from 1995 to 2004; Chair of the Science Advisory Committee for Gravity Probe-B (NASA) from 1998; Divisional Associate Editor for Physical Review D from 1999 to 2001; member of the National Academy of Sciences Committees on Gravitational Physics from 1997 to 1999, Physics of the Universe from 2000 to 2002; and Beyond Einstein Program Assessment from 2006 to 2007; and Chair of the APS Topical Group on Gravitation, in 2000.

His research interests are theoretical, encompassing the observational and astrophysical implications of Einstein’s general theory of relativity, including gravitational radiation, black holes, cosmology, the physics of curved spacetime, and the theoretical interpretation of experimental tests of general relativity.