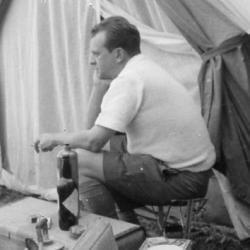 McPHEE, COLIN.  Appointed for the preparation of a book on Balinese music; tenure, twelve months from April 1, 1942.

Recordings:  Music of Bali, album of two-piano transcriptions and flute melodies. Played by Benjamin Britten, the composer and Georges Barrère, 1941.