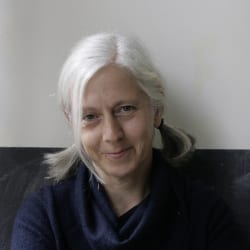 Hibbert-Jones was awarded the Filmmaker Award with Talisman from the Center for Documentary Studies at Duke (2015) created to honor and support documentary filmmakers who connect to the power of the documentary tradition and whose works are potential catalysts for education and change. They were also awarded the Gideon award for support to indigent minorities (2016).

Hibbert-Jones and Talisman’s most recent animated documentary film Last Day of Freedom won Best Short Documentary at the International Documentary (IDA) Awards 2015 and was nominated for an 88th Academy Award for Best Documentary Short Subject. Last Day of Freedom is a portrait of one man’s decision to stand by his brother, a Veteran returning from war, as he faces criminal charges, racism, and ultimately the death penalty, described by Indiewire as “A searing study of our most pressing social issues.”

Hibbert-Jones and Talisman’s current project Living Condition is an interactive documentary film and new media project that extends the reach of their animated film Last Day of Freedom. It explores the crisis in our criminal justice system through the stories of several individuals with a relative on death row.

Hibbert-Jones is a MacDowell Colony Fellow, a Yerba Buena Center for the Arts Fellow and Headlands Center For the Arts Alumni. She is an Associate Professor of Art and Digital Art New Media at the University of California, Santa Cruz, where she founded and co-directs SPARC at UCSC a Social and Environmental Research Center. Born in England she is a dual US/UK citizen. She lives in San Francisco with her partner and their son.