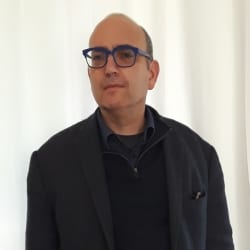 Edward Dimendberg is a cultural historian of architecture and urbanism. His research addresses the claim advanced throughout the twentieth century by historians, urban planners, geographers, and architectural scholars that Los Angeles breaks the rules according to which large cities commonly develop and grow.

He worked as Humanities Editor in the UCLA office of the University of California Press, and later founded Dimendberg Consulting LLC to support humanities scholars. Dimendberg collaborated on establishing the FlashPoints Open Access book series in literary studies. He chaired the Millard Meiss book prize of the College Art Association. Today he serves as a Director of the Society of Architectural Historians, a member of the Publications Committee of the Modern Languages Association, and a member of the Faculty Editorial Committee of the University of California Press.

While a graduate student at Santa Cruz, Dimendberg began the Weimar and Now: German Cultural Criticism series at UC Press and with Anton Kaes and Martin Jay co-edited its first volume, The Weimar Republic Sourcebook. He served as the inaugural Multimedia Editor of the Journal of the Society of Architectural Historians. His first book, Film Noir and the Spaces of Modernity, examined the intersection of urbanism and popular culture. His second book, Diller Scofidio+ Renfro: Architecture after Images, explored a contemporary architecture studio known for its work in the public realm.

Dimendberg’s Guggenheim research, The Los Angeles Project: Architectural and Urban Theories of the City of Exception, will identify what European and American thinkers perceived in the Southern California metropolis, why they valued it, how their legacy is being reworked by contemporary architects, urbanists, and cultural institutions. His book argues that discarding the belief in Los Angeles as an urban anomaly helps to illuminate many of the challenges today confronting cities globally.