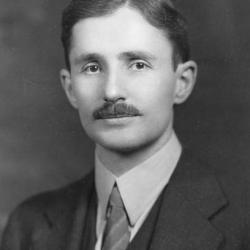 FORSEY, EUGENE ALFRED:  Appointed for a study of the system of cabinet government in Canada and its provinces since 1867; tenure, twelve months from September 1, 1941.

Publications:  Economic and Social Aspects of the Nova Scotia Coal Industry, 1926; Dividends and the Depression, 1932; Unemployment in the Machine Age: Its Causes, 1934; Does Canada Need Immigrants?, 1937; Recovery: For Whom?, 1937. Articles in Proceedings of the Canadian Political Science Association, Plan Age, Canadian Journal of Economics and Political Science, Politica, Canadian Forum.  Contributor to Social Planning for Canada, 1935; Towards the Christian Revolution, 1936.