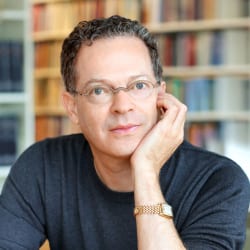 Glenn Kurtz is the author of the Three Minutes in Poland: Discovering a Lost World in a 1938 Family Film (Farrar, Straus & Giroux 2014), which was named a “Best Book of 2014” by The New Yorker, The Boston Globe, and National Public Radio. The Los Angeles Times called the book “breathtaking,” and it has received high critical praise in The Wall Street Journal, The Washington Post, The San Francisco Chronicle, The Chicago Tribune, and many other publications. A Dutch translation appeared in 2015. A documentary film based on Three Minutes in Poland is in production. The 1938 home movie on which the book is based can be viewed at the website of the United States Holocaust Memorial Museum, Steven Spielberg Film and Video Archive. A brief video about one of the extraordinary discoveries in this story can be seen on the USHMM’s YouTube channel.

Kurtz’s first book, Practicing: A Musician’s Return to Music, also received enthusiastic reviews from The New York Times, The Los Angeles Times, The Wall Street Journal, and elsewhere. Practicing was featured on NPR’s “Weekend Edition” with Scott Simon, “To the Best of our Knowledge,” and WNYC’s “The Leonard Lopate Show.” An Italian edition appeared in 2010, a Chinese edition has just been published, and a Korean edition is forthcoming.

His essays have appeared in The New York Times, Salon, Southwest Review, and he is a frequent lecturer at universities, museums, and other venues in the U.S. and Europe.