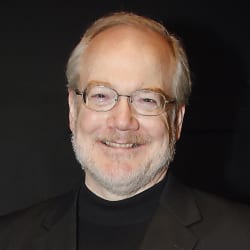 H. Mack Horton, Catherine and William L. Magistretti Chair of East Asian Languages and Cultures and currently chair of East Asian Languages and Cultures at the University of California, Berkeley, specializes in the poetry and diary literature of premodern Japan. After graduate work at Harvard (A.M.), Berkeley (Ph.D.), and Tôkai University in Japan (Visiting Scholar), he returned to teach at Berkeley, where he received the university’s Distinguished Teaching Award in 2004.

His first two books dealt with the poetic culture of the late medieval period, particularly the vibrant world of linked verse (renga), in which poets from all walks of life gathered to link alternate verses of 17 and 14 morae into hundred-link sequences on the basis of a complex body of rules and allusions to centuries of earlier poetry. The opening verse of the linked-verse sequence was the ancestor of the modern haiku. His Song in an Age of Discord: The Journal of Sôchô and Poetic Life in Late Medieval Japan tells this story from the point of view of one preeminent renga master, Saiokuken Sôchô (1448-1532). The companion volume is a translation of Sôchô’s multifaceted journal; it contains more than 600 poems that range from the classically elegant to the bibulously scabrous, historical accounts, and vignettes of the dangers and delights in the life of a traveling poetry teacher, making it a microcosm of the literary world in the Age of Warring States. The translation won the Japan-U.S. Friendship Commission Prize (both books were published by Stanford University Press in 2002).

He then undertook a study of Japan’s earliest extant anthology of vernacular verse, Man’yôshû (Collection of a myriad ages, last dated verse, 759 C.E.), which includes more than 4,500 verses that for centuries were celebrated as some of the earliest reflections of the native Japanese spirit. The collection, written in an arcane orthography that even now resists complete decipherment, portrays in its poetry the ongoing dialectics between oral song and the beginnings of the written tradition, between religious ritual and literary art, between native and imported artistic systems, and between communal expression and the development of the individual literary consciousness. The book that resulted, Traversing the Frontier: The Man’yôshû Account of a Japanese Mission to Silla in 736-737, was published by the Harvard University Asia Center in 2012.

Horton has also translated from the Japanese ten volumes in the fields of architecture (his undergraduate major at Williams College), cultural history, and literature. And he has contributed to numerous reference works, including The Cambridge History of Japanese Literature, The Princeton Encyclopedia of Poetry and Poetics, the Dictionnaire des sources du Japon classique, Haibungaku daijiten (Dictionary of haikai literature), the Kodansha Encyclopedia of Japan, and The Dictionary of Art (Macmillan).

Armed with this background in the longue durée of the Japanese cultural tradition, he has returned to the world of linked verse and has set out to write a comprehensive study of that literary form. The project will address the 500 year history of the genre, the commentaries that linked-verse poets wrote to guide interpretation and teach the art to others, and the ephemeral performative aspects that contributed so much to the art. Each segment will be accompanied by a translation of an exemplary primary source: Renri hishô (Private treatise on linked verse, 1349), the hundred-verse sequence entitled Yajima Shôrin’an naniki hyakuin (1535) and two contemporary commentaries on it, and two guides to deportment at a linked-verse session. He is extremely grateful to the Guggenheim Foundation for its support of this project.