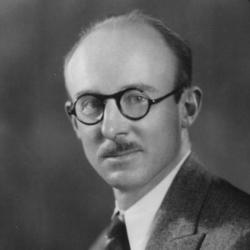 JONES, HOWARD MUMFORD:  Appointed for the writing of a life of Thomas Moore with a view to exhibiting him as an author representative of Regency taste in literature, and showing the currents of thought found in his work; research in England and Ireland; tenure, six months from February 1, 1933.

Publications: The King in Hamlet, 1921; A Descriptive Catalogue of an Exhibition of Manuscripts and First Editions of Lord Byron, 1924 (with R. H. Griffith); America and French Culture,  1927; The Romanesque Lyric, 1928 (with P. S. Allen); <i style="mso-bidi-font-style: