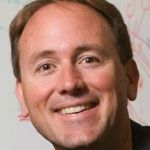 James H. Fowler is an internationally recognized scholar whose work lies at the intersection of the natural and social sciences. His primary areas of research are social networks, evolutionary game theory, behavioral economics, political participation, the evolution of cooperation, and ‘genopolitics’ (the study of the genetic basis of political behavior, a field he is helping to invent). Fowler received his B.A. from Harvard in 1992, M.A. from Yale in 1997, and a Ph.D. from Harvard in 2003. Shortly afterward he joined the faculty of the University of California, first at Davis and then at San Diego.

Fowler was named the “most original thinker” of the year on The McLaughlin Group, and one of the Nifty Fifty “most inspiring” scientists by the San Diego Science Festival. He was also recently given the “Emerging Scholar Award” by the American Political Science Association, and he has actively promoted the study of social networks in political science, notably by helping to found the Political Networks organization.

Together with Nicholas Christakis, Fowler has written a book for a general audience called Connected: The Surprising Power of Our Social Networks and How They Shape Our Lives. It has been translated into nearly twenty languages, has won a Books for a Better Life Award, was named an Editor’s Choice by the New York Times Book Review, and was featured in Wired, Oprah’s Fall Reading Guide, Business Week’s Top Books of the Year, Good Magazine’s 15 Books You Must Read This Year, and a cover story in New York Times Magazine.