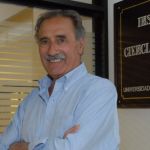 Jorge Lanzaro is senior lecturer and researcher at the Instituto de Ciencia Política (Universidad de la República, Uruguay), which he founded and directed for twelve years (1988-2000). Directing this institute in its early years implied building up a specialized center, which promoted the takeoff of political science in Uruguay, accompaning the democratic consolidation process which began in 1985.

He has also been active in academic associations promoting the development of political science in Latin America, such as the Asociación Latino Americana de Ciencia Política (Founder and Member of the Academic Council), and specially the Consejo Latino Americano de Ciencias Sociales (CLACSO), as Chairman of the Working Group on Political Parties.

After a BA in Law and Social Sciences (Universidad de la República, Uruguay), he studied in the University of Paris for his master’s degree in Political Economy and a Ph.D. in Political Science. He stayed in Mexico for ten years, until the dictatorship in Uruguay came to an end, working as Professor of Political Science in the Universidad Autónoma de México (Iztapalapa). He has been a Fulbright Fellow at Stanford University, Georgetown University, and the Kellogg Institute, as well as Scholar at the Wilson Center, Professor of the Chaire Simón Bolívar in the Institut des Hautes Etudes de l’Amérique Latine (University of Paris) and Visiting Professor at universities of France, Spain, Canada, and Latin America.

As specialist in Uruguayan politics and comparative politics, he has researched crucial issues, such as trade unions and corporatist institutions, parliament and legislative processes, state structure and reform, political parties, democracy and pluralism. This research resulted in a considerable number of works, among them a study on corporatism and democracy, El Fin del Siglo del Corporativismo (Nueva Sociedad, 1988) and a book on Political Parties and Democracy in Latin America, co-edited with Kay Lawson (Praeger, 2010).

His studies on the Uruguayan left party (Frente Amplio) led to seminal book La izquierda uruguaya entre la oposición y el gobierno (2004) and were followed by an essay on the Frente Amplio’s debut in office, which he considers a leading case of social democracy in the region (“Uruguay: A Social Democratic Government in Latin America," in S. Levitsky & K. Roberts (eds), Latin American’s Left Turn,  Johns Hopkins UP: forthcoming).

He has developed the notion of social democratic governments (La social democracia criolla, Nueva Sociedad, 2008) and he is undertaking the comparative analysis of this kind of experiences in Brazil, Chile, and Uruguay, which represent a true novelty in Latin America, in contrast with the populist regimes (La “tercera ola” de las izquierdas en América Latina: entre el populismo y la social democracia, 2007).