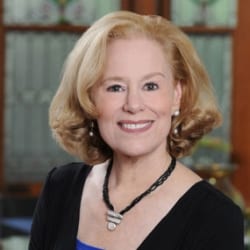 Kathleen Gerson is Professor of Sociology and Collegiate Professor of Arts and Science at New York University, incoming vice president of the American Sociological Association, and immediate past co-president of Sociologists for Women and Society. Her work focuses on the revolutions in gender, work, and family life that began in the last half of the 20th century and continue to unfold in the United States and globally. By combining the deep understandings afforded by in-depth, life history interviewing with careful, systematic sampling, her research seeks to understand how large-scale social change takes place and how it prompts individuals to develop new ways of living that then reshape the larger contours of society and politics.

Kathleen is especially interested in understanding how women and men fashion commitments to the intertwined worlds of paid work and family life as they move through the life course. Exploring how people understand, break down, and seek to resolve the dilemmas arising from the conflicts between work and family structures, she has explored these questions in a series of path-breaking books. Beginning with Hard Choices (1985), she examined how young women from diverse social backgrounds traveled unexpected paths as they sought to resolve the tensions between building a family and creating a base in the workplace. In No Man’s Land (1993), she next looked at how men’s lives are transformed by the gender revolution, which has given them more freedom to avoid family responsibilities but has also created increased expectations to be involved fathers and partners.

In a her third installment of what has been called a “classic trilogy,” Kathleen turned her attention to the “children of the gender revolution,” who grew up in changing families and now face intensifying pressures to integrate work and family life while lacking the social supports to do so. Her award winning book, The Unfinished Revolution (2011), shows how young people react when their egalitarian ideals clash with intransigent institutional structures that make these ideals difficult to achieve and often out of reach.

Kathleen has also co-authored The Time Divide (2004, with Jerry A. Jacobs) , which draws on census, survey, and cross-national data to explain how and why working time has become a new form of social inequality that is dividing Americans in a variety of ways. With Sarah Damaske, she is completing a book on the theory and practice of in-depth interviewing.

During her fellowship year, Kathleen will draw on extensive interviews with a broad cross-section of adults in Silicon Valley and the New York area to write a book on how the precarious conditions of “the new economy” are reshaping patterns of work and care. The book will chart the emergence of new strategies in response to rising financial uncertainty and fragile intimate relationships and will explore the implications for gender and class inequality.

Kathleen has held visiting positions at the Russell Sage Foundation and the Stanford Center for Advanced Study in the Behavioral Sciences and has received the American Sociological Association Jessie Bernard Award, for distinguished contributions to understanding women and gender in society, and the Rosabeth Kanter Award, for excellence in work-family research. She grew up in Montgomery, Alabama and the San Francisco Bay Area, where she attended Stanford and U.C. Berkeley. She has lived with her family in Brooklyn for many years.