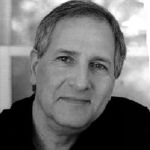 During his Guggenheim Fellowship term, and with support from the bioethics organization Greenwall Foundation, Dr. Cohen will be preparing a study of the criminalization of end-of-life care medical practices.  Tentatively titled No Good Deed: Allegations of Murder in the Medical Community, this study is an outgrowth of his fifteen-year research into and interest in understanding how patients with kidney disease come to decide to stop dialysis treatment.  His work led directly to an award-winning and groundbreaking demonstration project, funded by the Robert Wood Johnson Foundation, to integrate palliative medicine into the treatment of kidney disease, an approach that integrates elements of bioethics, nephrology, psychiatry, public policy, palliative medicine, geriatrics, and social work. Dr. Cohen has written extensively on this subject.  His many publications include (with M. J. Germain and D. M. Poppel), "Practical considerations in dialysis withdrawal: ‘To have the option is a blessing,’" Journal of the American Medical Association, 289 (2003), 2113-2119; "Renal Disease" (with M. B. Levy, E. Tessier, and M. Germain), in American Psychiatric Publishing Textbook of Psychosomatic Medicine, ed. J. Levenson (American Psychiatric Publishing, 2005); "Renal Palliative Care," Journal of Palliative Medicine, 9, No. 3 (2006), 975-990; and (with M. Bostwick et al.), "A psychiatric perspective of dialysis discontinuation," Journal of Palliative Medicine, 10, No. 6 (2007), 1262-1265.

Dr. Cohen received a B.A. and A.A. (Hebraic Studies) from Yeshiva University in 1970.  He received his medical degree from the SUNY Downstate Medical Center in 1974, and completed a four-year residency there. While still a resident in psychiatry, Dr. Cohen instituted, in 1974, the Kings County Hospital Perinatal Mortality Clinic, to help parents cope with stillbirths and neonatal deaths, and was a consultant to the Sudden Infant Death Syndrome Foundation from 1974 to 1979.