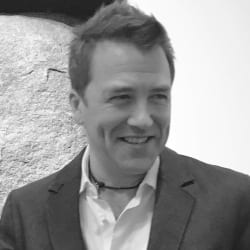 A historian of the multiple globalizations of Islam and Muslims, Nile Green is Professor of History at UCLA.

His seven monographs, seven edited books, and over seventy articles have traced Muslim networks that connect South and Central Asia with the Middle East, the Indian Ocean, Africa, Japan, Europe and the United States. His most recent book, The Love of Strangers: What Six Muslim Students Learned in Jane Austen’s London, was selected by the New York Times Book Review as Editors’ Choice. An earlier book, Bombay Islam: The Religious Economy of the West Indian Ocean, received both the Middle East Studies Association’s Albert Hourani Award and the Association for Asian Studies’ Ananda K. Coomaraswamy Award. His other books include Terrains of Exchange: Religious Economies of Global Islam; Sufism: A Global History; and, as co-editor, Global Muslims in the Age of Steam and Print, 1850-1930.

He served for eight years as founding director of the UCLA Program on Central Asia, as well as on various editorial and advisory boards, including the International Journal of Middle East Studies. He has held several visiting positions, such as at the École des Hautes Études en Sciences Sociales in Paris, and fellowships, including the Luce/ACLS Fellowship in Religion, Journalism & International Affairs. Before moving to the United States from his native Britain, he was Milburn Junior Research Fellow at Oxford University. He holds degrees from London and Cambridge.

Green will use his Guggenheim Fellowship to complete a concise book that asks what is global Islam and where did it come from.