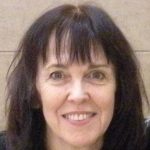 Pat Catterson has always danced. Born in Indianapolis, Indiana, to parents who were a professional ballroom-dancing team, with a paternal grandfather who was said to have been a tap dancer in Vaudeville, she moved to New York City in 1968 to begin a multifaceted professional career as a dancer, choreographer, educator, and writer. That fall her work was selected for the Clark Center New Choreographers Concert and just two years later, in 1970, she presented her first full evening of choreography at Judson Church. Since then she has created over a hundred dances, including her one-woman program of eleven solos called Please, Just Take It One Life at a Time.

A 1996 Fulbright Scholar to Sweden, she has received multiple grants from the National Endowment for the Arts, the Creative Artists in Pubic Service Program, the Harkness Foundation, and the Ludwig Vogelstein Foundation. Companies, individuals, and schools have commissioned her work, including the Seattle Dance Project, Salt Lake’s Repertory Dance Theatre, Dance Theatre of Oregon, the Eglevsky Ballet, Hofstra, Adelphi, Virginia Commonwealth, and Ohio universities and New York City’s LaGuardia High School for Music and Art & the Performing Arts. She has been a Dance Consultant on various other projects, including the feature film I Shot Andy Warhol and the Off-Off-Broadway show Phenom. She has served on The Yard and Mulberry Theatre’s New Steps selection panels and as an auditor for the New Jersey State Arts Council. Formerly on the faculties of Sarah Lawrence College, UCLA, the Juilliard School, Muhlenberg College, Barnard College, the Merce Cunningham Studio, and Marymount Manhattan College, she cares very deeply about the training of young dance artists. A sought-after guest teacher, she has been artist-in-residence at Cornell University, George Washington University, the University of Wisconsin Madison, the University of Iowa, and the Turku (Finland) School of Art and Communication, to name a few.

She first performed with Yvonne Rainer in 1969 and has toured with her nationally and internationally again since 1999 as a dancer and rehearsal assistant, including to the 2007 Documenta in Kassel Germany. As a custodian of some of Ms. Rainer’s early seminal work, she has set or staged them on many individuals and groups, most recently for the Move: Choreographing You exhibit at the Hayward Gallery in London and for the Dance Politics and WAR workshop at Tramway in Glasgow Scotland.

In addition to being a staff writer for Attitude Magazine, her writings on dance have been published in Ballet Review, JOPERD, and the Dance Research Journal. Early in her career, Ms Catterson performed with the Grand Union, James Cunningham’s Acme Dance Co., and the Judith Scott Dance Co. Her most influential teachers were Honi Coles and Charles "Cooky" Cook for tap, Merce Cunningham, Viola Farber, and Judith Scott for modern, Margaret Hills, Jocelyn Lorenz, and Frances Cott for ballet, and Martha Myers and Bessie Schönberg for composition. She earned her B.A. in psychology and philosophy from Northwestern University in 1968 and her M.F.A. in Interdisciplinary Arts from Goddard College in 2009.

To Lie in the Sky, her Guggenheim Project, will be her 104th choreographic work. This evening-length piece for seven dancers will represent her current interests in how movement produces meaning, how to make liveâ€ness pertinent, how to evolve expressively potent structure, how to decipher/use layers of real and facsimile, and how to make dances that embrace impermanence rather than fight it. In particular it will investigate the relationship between body, self, and place.