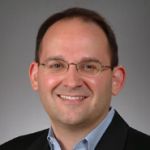 Patrick Lynett was born in New York City on March 19th, 1975. He attended Cornell University from 1993 to 2002, where he received three degrees from the School of Civil and Environmental Engineering. Immediately after completing his Ph.D. thesis, he joined the Civil Engineering faculty at Texas A&M University. His research interests are directed towards a better understanding of coastal processes, such as nearshore circulations, wave evolution from generation to the shoreline, multi-scale hydrodynamic interactions, and sediment transport. Short time-scale coastal hazards, such as hurricanes and tsunamis, are of particular interest.

Dr. Lynett has been the recipient of research grants from the National Science Foundation, the U.S. Army Corps of Engineers (USACE), the Office of Naval Research, the United States Geological Survey, the Texas Sea Grant Program, and private industry. Dr. Lynett has been a lead or co-author on numerous peer-reviewed articles in journals such as Science, Journal of Fluid Mechanics, and Proceedings of the Royal Society of London. These papers focus on ocean wave phenomena, and include numerical, analytical, experimental, and field studies. Field work includes post-tsunami investigations in Sri Lanka after the great Indian Ocean earthquake and tsunami in late 2004. Dr. Lynett was a member of the International Tsunami Survey Team, the first U.S.-based team to visit the Indian Ocean after the tsunami. Related to this work, Dr. Lynett has given over a dozen tsunami talks, many of which were to non-technical audiences, such as the Society of Professional Journalists and the Research Experiences for K-12 Teachers program.

Dr. Lynett was also a member of the Hurricane Katrina Coastal Impacts Survey Team, sponsored by the American Society of Civil Engineers. The Team was responsible for inspection of the wave, surge, and wind damage along coastal sections of Mississippi and Alabama. Among other measurements, the Team determined that surge levels in Mississippi reached at least 28’. Investigations into the damage caused by Hurricane Katrina did not stop with the survey. Dr. Lynett was a member of the USACE Interagency Performance Evaluation Taskforce (IPET), whose purpose it was to determine the causes and mechanisms of the canal and levee system failures in New Orleans. His work on the IPET project concentrated on detailed hydrodynamic modeling of the surge, waves, and resulting forces on the New Orleans hurricane protection system. Dr. Lynett received the Commander’s Award for Public Service for this effort, one of the most prestigious medals that can be awarded to a civilian. Since IPET, Dr. Lynett has continued to work with the USACE on various rebuilding efforts in New Orleans and along the Gulf Coast.

Dr. Lynett’s current research program continues to investigate the complexities of coastal hazards. Specific projects include understanding the physics of shallow-water tsunami breaking, as well as the strong turbulence and the ability of the wave to transport sediment, debris, and pollutants. Wind wave induced hazards, such as riptides and wave impact on coastal infrastructure, are also at the forefront of Dr. Lynett’s research program. In addition to the above topics, planned future research will examine subjects such as nearshore wave energy extraction, detailed wave-structure interaction, and direct wave coupling with meteorological models. This last item on coupling various models is the overall theme of Dr. Lynett’s research, working towards an integrated “global” model, coupling weather systems, offshore and nearshore ocean dynamics, structural responses, and social consequences.