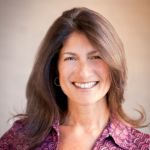 “In diverse forms and spirits we are making over the world,” H. G. Wells wrote in 1933, “so that the primary desires and emotions, the drama of individual life will be subordinate more and more, generation by generation, to beauty and truth, to universal interests and mightier aims. This is our common role.” It is a characteristic statement for Wells, a writer of illimitable energy across many genres—some of which he helped to invent—and a restless intellect whose activist aspirations for fiction and other modes of writing never waned over a half century. He published over a hundred works and remained at the center of political, cultural, and literary life during this long period, to a degree that has been entirely forgotten. Wells has, indeed, been shockingly overlooked by literary critics and generally missed by readers in and out of the university. My aim in “The Wells Era,” on which I will be working during the fellowship period, is to combat this neglect, making the case for a full revaluation of Wells’s significance for literary modernism, and more broadly for understanding the intellectual life of the twentieth century. Wells’s writing merits attention not only for its importance over the first fifty years of the century, but for its superb and polymath virtuosity, its richness of both theme and style, and its long reach into our own times. I hope that my book will give scholars of the twentieth century a new lens for understanding many aspects of modernity, by bringing to light the literary innovations of one of its greatest—and least recognized—visionaries.

It is a book that will take me into new scholarly territory, since I have focused up to now on more recognized modernists, such as Joseph Conrad, T. S. Eliot, W. B. Yeats, E. M. Forster, D. H. Lawrence, and Virginia Woolf. I have written two books on modernism, At the Violet Hour: Modernism and Violence in England and Ireland (Oxford, 2012), and Modernism, Male Friendship, and the First World War (Cambridge, 2003). Both of these integrate close attention to literary language with cultural history, and both focus on how writers confronted events of terrible violence, including the First World War. It is my claim, in fact, that we cannot understand the great developments of literary modernism without seeing how completely those were enfolded in old and new histories of violence. At Columbia University, where I am Professor of English and Comparative Literature, I teach courses across a range of modernist subjects, including lectures on major figures such as James Joyce and Virginia Woolf, and smaller seminars on a variety of themes in twentieth-century literature and culture, including war.

Indeed, in this anniversary year of 2014, I am especially attuned to the continuing importance of the First World War as a subject of study. My own teaching and writing have in many ways been motivated by the imperative to understand the War in deep and expansive terms. For Wells and his generation, the great goal was to see that such wars could never happen again; for ours, it may simply be to comprehend them.

At the Violet Hour: Modernism and Violence in England and Ireland: