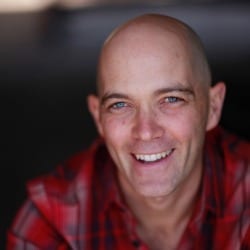 Taylor Mac (who uses “judy”, lowercase sic, not as a name but as a gender pronoun) is a playwright, actor, singer-songwriter, performance artist, director and producer. Judy’s work has been performed at New York’s Lincoln Center, The Public Theatre, Celebrate Brooklyn, and Playwrights Horizons as well as hundreds of other theaters, museums, music halls, opera houses, and festivals around the globe. Some highlights are the Sydney Opera House, American Repertory Theatre, Chicago’s Steppenwolf Theater and Museum of Contemporary Art, San Francisco’s MOMA and Magic and Curran Theaters, Stockholm’s Sodra Theatern, London’s Hackneye Empire.

Mac is the author of seventeen full-length plays and performance pieces including “Hir” (placed on the top ten theater of 2015 lists of the New York Times, New York Magazine, and Time Out NY; published by North Western University Press and in American Theater Magazine), “The Lily’s Revenge” (Obie Award), “The Walk Across America for Mother Earth” (named One of the Best Plays of 2011 by the New York Times), “The Young Ladies Of” (Chicago’s Jeff Award nomination for best solo), “Red Tide Blooming” (Ethyl Eichelberger Award), “The Be(a)st of Taylor Mac” (Edinburgh Festival’s Herald Angel Award) and in collaboration with Mandy Patinkin, Susan Stroman and Paul Ford, Mac created “The Last Two People On Earth: An Apocalyptic Vaudeville.” For the last four years Mac has been in performance/development with “A 24-Decade History of Popular Music”, a 24-hour performance art concert, consisting of 246 songs, about building alternative communities under dire circumstances throughout American history.

Recent acting roles include Shen Teh/Shui Ta in The Foundry Theater’s production of “Good Person of Szechwan” at La Mama and the Public Theater (for which judy received Lucille Lortel and Drama League Award nominations), Puck/Egeus in the Classic Stage Company’s “A Midsummer’s Night Dream”, and the title role in various productions of judy’s play, “The Lily’s Revenge.”

Mac is the recipient of a Herb Alpert Award in Theater, the Peter Zeisler Memorial Award, the Helen Merrill Playwriting Award, an Obie, multiple Sundance Theater Lab residencies, The Creative Capital Grant, an Edward Albee Foundation Residency, and a Peter S. Reed Grant. Mac is an alumnus of both the HERE Arts Center Resident Artists program and New Dramatists and is currently a New York Theater Workshop Usual Suspect.