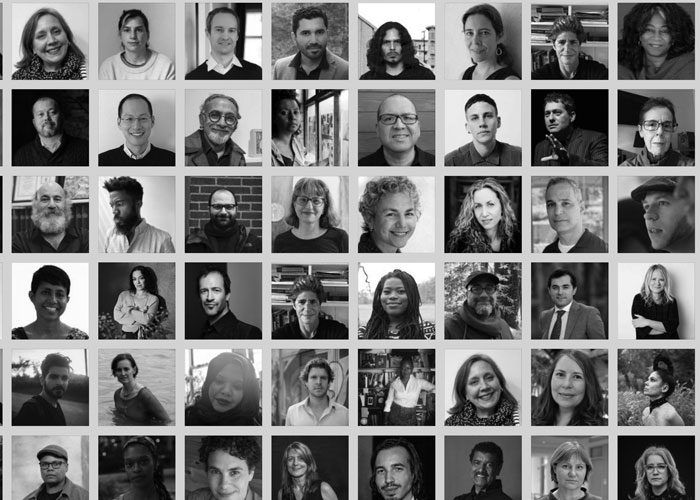 NEW YORK (April 8, 2021): Today, the Board of Trustees of the John Simon Guggenheim Memorial Foundation approved the awarding for Guggenheim Fellowships to a diverse group of 184 artists, writers, scholars, and scientists. These exceptional candidates were chosen through a rigorous peer-review process from almost 3,000 applicants.

Created in 1925 by Senator Simon and Olga Guggenheim in memory of their son John Simon Guggenheim, the Foundation has offered fellowships to exceptional individuals in pursuit of scholarship in any field of knowledge and creation in any art form, under the freest possible conditions.

“I am thrilled to announce this new group of Guggenheim Fellows,” said Edward Hirsch, President of the Foundation, “especially since this has been a devastating year in so many ways. A Guggenheim Fellowship has always been meaningful, but this year we know it will be a lifeline for many of the new Fellows at a time of great hardship, a survival tool as well as a creative one.  The work supported by the Fellowship will help us understand more deeply what we are enduring individually and collectively, and it is an honor for the Foundation to help the Fellows do what they were meant to do.”

Contributions by friends, Trustees, and former Fellows are supporting the following Fellowships:

·         The Fellowship in Fine Arts for the painter Peter B. Williams is underwritten by Robert De Niro in honor of his father Robert De Niro, Sr., a painter and a Guggenheim Fellow in 1968;

·         Ian Frazier’s Fellowship in Creative Nonfiction is underwritten by Wendy Belzberg and Strauss Zelnick in honor of the writer Stacy Schiff, a Guggenheim Fellow in 1996;

·         The Fellowship in Constitutional Studies, to be held by Amalia D. Kessler of Stanford University, is underwritten by the Dorothy Tapper Goldman Foundation;

·         A Fellowship in Engineering for engineer and biomedical scientist John A. Rogers of Northwestern University is underwritten by Anthony Roberts;

·         Fellows in the creative arts are partially supported by the Joel Conarroe Fund, named for the former President of the Foundation who was a Guggenheim Fellow in 1977.

The great range of backgrounds, fields of study, and accomplishments of Guggenheim Fellows is a unique characteristic of the Fellowship program. In all, 49 scholarly disciplines and artistic fields, 73 different academic institutions, 28 states and 2 Canadian provinces are represented in this year’s class of Fellows, who range in age from 31 to 85. Close to 60 Fellows have no full-time college or university affiliation.

Since its establishment in 1925, the John Simon Guggenheim Memorial Foundation has granted nearly $400 million in Fellowships to over 18,000 individuals, among whom are more than 125 Nobel laureates, members of all the national academies, winners of the Pulitzer Prize, Fields Medal, Turing Award, Bancroft Prize, National Book Award, and other internationally recognized honors.