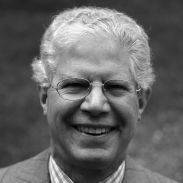 Dwight E. Lee is a partner of Gagnon Securities LLC, an investment management and brokerage firm based in New York City. His long investment career includes the founding with several partners in 1973 of First Arbitrage Management Company, a New York Stock Exchange member firm specializing in convertible securities, arbitrage and venture capital on behalf of institutional and individual clients. In 1980 he joined Robert B. Barker & Co (later Barker, Lee & Co), a family investment office, eventually becoming Managing Partner. In 1985 he and Robert Barker formed Upland Associates to manage funds for other families. In 2000 he restructured his firm and Upland became his principal investment vehicle. In 2005 Mr. Lee became a Partner in Gagnon Securities, and continues as the Managing Partner of Upland Associates L.P. He is currently a Trustee and Secretary of the CUNY Graduate Center Foundation.
He served on the Board of Directors of the Alliance for Young Artists & Writers for more than twenty years, including twelve as Chairman. Other not-for-profit positions in the past include the Board of Governing Trustees of The Jackson Laboratory, as a Director and Treasurer of the New York Nature Conservancy, a member of the Visiting Committee of the Actors Studio Drama School at New York University, and a director and Vice President of PERC, a Montana-based environmental think tank. He has served on the board of directors of a number of companies including The Foothill Group, Lyons & Burford Publishers, Research Frontiers, Cross Z International and McGinnis & Associates. He graduated from Columbia College in 1969 and the Columbia School of Business in 1972.


He joined the Foundation's board of trustees in 2012, and was elected its chairman in 2019.