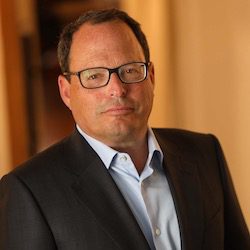 Eric Schwartz is CEO of 76 West Holdings, a private investment firm with a focus on the financial services industry. In support of those investments, he currently serves as Chairman of Applied Data Finance, an online consumer finance company based in the U.S; as a board member of Demica, a working capital finance company based in London; as Chairman of Gold Bullion International, a global precious metals dealer based in the U.S.; as a board member at Indostar Capital, a finance company based in India; and as co-Chairman of Wealth Partners Capital Group, an $11bn AUM wealth management firm in the U.S. He has also served as a director and former Chairman of Jefferson National, a low-cost variable annuity provider in the U.S, as Chairman-elect of Nikko Asset Management, the third-largest asset manager in Japan, and as a director of Prosper Marketplace, an online consumer lending platform in the U.S. He served on the Board of publicly-traded Allied World Assurance, a global insurance company based in Switzerland, from 2013 until the company’s sale in July 2017. Until 2015 he co-owned and served as a Director of the Atlanta Hawks of the National Basketball Association.

Earlier in his career Eric served on the Management Committee of Goldman Sachs, where over time he was co-CEO of the Global Equities and Investment Management Divisions and was a partner in the Equity Capital Markets unit of the Investment Banking Division. At the time of his departure in June 2007 he was also co-head of the Firm's Partnership Committee, tasked with supervising the process of promoting new partners.

Eric has been involved in several philanthropic endeavors, and among others today serves on the boards of the Jewish Community Center in Krakow, Poland; City Harvest in New York City; the Guggenheim Foundation; and Columbia Global Reports. Until recently he served as the Chairman of the investment committee for the endowment of UJA-Federation of New York, and he earlier served for several years as Chairman of Securing America’s Future Energy (SAFE), an advocacy organization in Washington focused on energy policy, and as Chairman of the Rome (Italy) Chamber Music Festival.