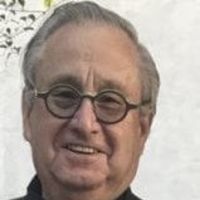 In the Spring of 2017, Steven Lavine stepped down after serving for 29 years as President of the California Institute of the Arts, becoming President Emeritus and an Honorary Doctor of the Arts degree. Shortly thereafter, he was appointed as Founding Director of the Thomas Mann House in Los Angeles, with the mandate to establish a residency and public presentation series bringing together scholars and other innovative thinkers from Germany and the United States to address pressing contemporary issues, particularly the future of democracy. With that program now launched he has become Chair of the Advisory Board of the Thomas Mann House.

At CalArts, Lavine oversaw a sustained period of growth in programs, enrollments, reputation, and financial stability. Among his proudest accomplishments at CalArts are the rebuilding of the campus after the devastation of the Northridge Earthquake in 1994; the national and international diversification of the CalArts student body (which today includes approximately 50% US students of color and 18% international students) with a special focus on Latin America; the building of the Community Arts Partnership, which each year brings CalArts students together with thousands of underserved youth from across the Los Angeles basin for education in the arts and creativity; the establishment of REDCAT—the Roy and Edna Disney CalArts Theater- in the Walt Disney Concert Hall complex in downtown Los Angeles as an internationally recognized presenter of new work across the arts; the tripling of the CalArts annual budget and quadrupling of the endowment; and, above all, the maintenance at the center of all CalArts activity of creative and interdisciplinary exploration in the arts.

Before coming to CalArts, Lavine served as an Assistant Professor of English and American Literature at the University of Michigan (1974-1981) and as Assistant and then Associate Director of Arts and Humanities at the Rockefeller Foundation (1981-1988). Out of his work with museums and diversity at the Rockefeller Foundation came two influential co-edited volumes: Exhibiting Cultures: the Poetics and Politics Of Museum Display (1991), and Museums and Communities: the Politics of Public Culture (1993), both published by the Smithsonian Institution. Lavine did his undergraduate study at Stanford University (1969) and received is MA and PhD from Harvard University (1970, 1976).

Lavine has been an active participant in the Los Angeles and national cultural and educational communities, serving at various times on the boards of the American Council on Education, the American Council on the Arts, the Los Angeles Philharmonic Association, the Operating Company of the Los Angeles Music Center, KCRW-FM Public Radio, KCET Public Television, the Idyllwild Arts Academy, the Villa Aurora Foundation for European American Relations, and the Visiting Committee of the J Paul Getty Museum. He currently is a Board member of the Los Angeles Review of Books, the American University in Rome, and the Cotsen Foundation for the Art of Teaching. He has been honored with the Cross of the Order of Merit of the Federal Republic of Germany, and Mexico’s Othli Award.